To reduce the weed seedbank in a stubble retained system, and inhibit future weed populations that have a negative impact on crop performance, growers can use a combination of cultural, mechanical and chemical weed control methods. These practices are implemented during the crop growing season, but are also just as important during the non-crop period.

According to the GRDC report published in 2014, there are now 39 resistant weed varieties in Australia which costs the industry $1.5 billion in weed control and another $2.5 billion loss in production. However, there is a huge potential for non-chemical options to reduce the heavy reliance on herbicides.

Reducing the seedbank will benefit all aspects of the farming system as weeds compete for the same inputs that are required to grow crops such as light, moisture and nutrients. Good weed management can therefore help drive better productivity.

Methods that can be employed to reduce weed seedbanks in stubble retained systems include break crops, hay, brown manure, crop competition, herbicide rotations and fallows in conjunction with other methods such harvest weed seed management with chaff carts, windrow burning and the Harrington Seed Destructor (HSD). By effectively managing the weed seedbank the full benefits of a stubble retained system can be realised.

Growers who use narrow rows at seeding can increase competition between the crop and weeds, giving the crop a better chance of outcompeting weeds for resources, thus reducing weed set before reaching maturity. A challenge presented by narrower rows is not only stubble handling, but also slower speeds while sowing, increased risk of herbicide damage from soil throw if speeds are not reduced and also potentially lower fuel efficiency.

Practices such as silage or haymaking can also be used to reduce the amount of viable weed seeds being added back into the weed seedbank and are quite useful tools when first looking to get a field set up for better weed management in a stubble retained system. These practices offer growers the opportunity to manage quite high weed pressure with good results, while still leaving low stubble levels for the following year’s crop. However, as with many other weed management strategies, timing is critical.

Hay production must aim to prevent seed formation to begin with (i.e. before spikelet formation in brome grass) and therefore should be considered earlier that other harvest management controls. It is not ideal to cut hay once weeds have already set seed.

To manage the weed seedbank during harvest time the use of chaff carts, residue bailing and chaff processing equipment such as the HSD or windrow burning can reduce the carryover of weed seeds.

Research conducted by the Australian Herbicide Resistance Initiative (AHRI) found that 70-98% of weed seeds had not dislodged at harvest.

To combat the weeds it is important to investigate harvest weed-seed control systems (Walsh M, Newman P 2013) however timeliness is critical and directly influences effectiveness. Delaying harvest has the potential to reduce the effectiveness of these tools as they require the seed to be captured by the machinery to be an effective strategy. Delay can cause some weed species to shed their seeds or shatter prior to harvesting.  This is of particular concern with early or quick maturing weeds that are known to shed their seed.

The Harrington seed destructor (HSD) captures all residue exiting the header and runs the material through a processing mill. The seed destructor has the ability to destroy 90-95 per cent of annual weed seed during harvest, therefore reducing the seeds from re-entering the weed seed bank. It must be remembered if the weed seed is already shed, or below the header cutter bar, the effectiveness is lost, reiterating the importance of timeliness.

Because of its effectiveness on material that passes through the machine it is seen as a highly capable system in controlling the weed seedbank, however it also comes with a large capital outlay of approximately $240,000 per unit, further information on HSD

The use of a chaff cart is another lower cost option, with potentially a multi benefit as all the material from the back of the header is collected to be disposed of in a more suitable area.

Collected material can either be dumped in piles strategically placed in the paddock and burnt or deep buried. There is also the option of using chaff for livestock feed, however containment of animals should be considered to reduce weed spread.

The removal of material via a chaff cart could also offer other benefits in terms of stubble management as additional material is removed, meaning that some of the challenges of high stubble loads are reduced offering benefits, particularly at sowing time where stubble can result in poor pre-emergent effectiveness, and reduced emergence rates, especially if canola is proposed.

Windrow burning is another harvest management tool that can be used in reducing weed populations.

There are a couple of key things to keep in mind in terms of stubble management when planning to windrow burn.  Cutting height is important and the general rule of thumb is beer can height. This ensures that a large amount of weed seed is captured in the windrow, but also reduces the chance of burn getting out of control and burning the whole field.

The concentration of the material in the windrow is an important consideration. The aim is to sustain a hot burn of 400°c for 20 seconds to guarantee death of ryegrass seeds. An added benefit of windrow burning is a very small investment can make a big difference. An incomplete burning of the windrow will result in the retention of ryegrass seeds, this could be due to undesirable weather conditions. 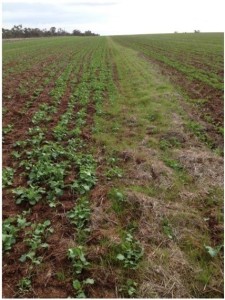 Figure 1: When a burn does not sustain 400 degrees for 20 seconds it is highly likely that ryegrass seeds will not be destroyed.

Research into the combination of harvest weed seed control with herbicides resulted in a more consistent decline in the ryegrass population in Western Australian cropping systems.

Disclaimer: Any recommendations, suggestions or opinions contained in this publication do not necessarily represent the policy or views of the Birchip Cropping Group (BCG) or the Grains Research and Development Corporation (GRDC). No person should act on the basis of the contents of this publication without first obtaining specific, independent professional advice. BCG and GRDC and contributors to these guidelines may identify products by proprietary or trade names to help readers identify particular types of products. We do not endorse or recommend the products of any manufacturer referred to. Other products may perform as well as or better than those specifically referred to. BCG and GRDC will not be liable for any loss, damage, cost or expense incurred or arising by reason of any person using or relying on the information in this publication.

Stubble project overview: This guideline has been developed for BCG Farming Systems Group as part of the Maintaining Profitable Farming Systems with Retained Stubble initiative, funded by the Grains Research and Development Corporation (GRDC). The initiative involves farming systems groups in Victoria, South Australia, southern and central New South Wales and Tasmania collaborating with research organisation’s and agribusiness to explore and address issues for growers that impact the profitability of cropping systems with stubble, including pests, diseases, weeds, nutrition and the physical aspects of sowing and establishing crops in heavy residues.