Wheat varieties and time of sowing

As growers have adapted to dryer seasons and later breaks, shorter season wheat varieties have become a common inclusion in Wimmera and Mallee cropping systems. These varieties are better suited to dry sowing, a practice growers have adopted to improve production outcomes and negate the logistic issues associated with late breaks.

When choosing a new variety, growers need to look at the complete agronomic package of the variety and the likelihood of it being the best fit for the existing farming system.

Growers need to be asking themselves whether adoption of a new variety is really worth considering every year. More often than not the answer will be in the negative.

Key factors to consider are:

The ability to utilise varieties with diverse maturity classifications (Early to Mid to Late) will help growers to spread their risk on-farm. 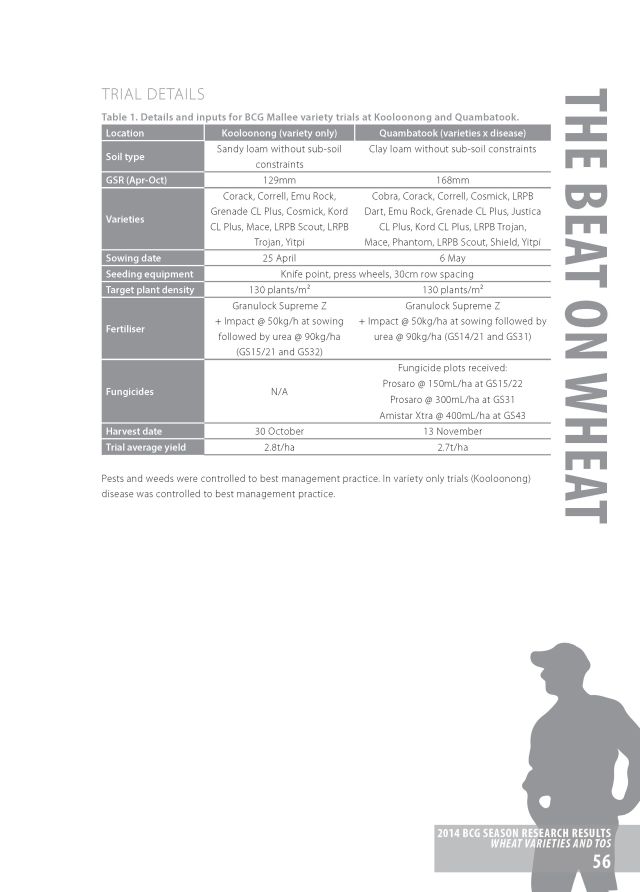 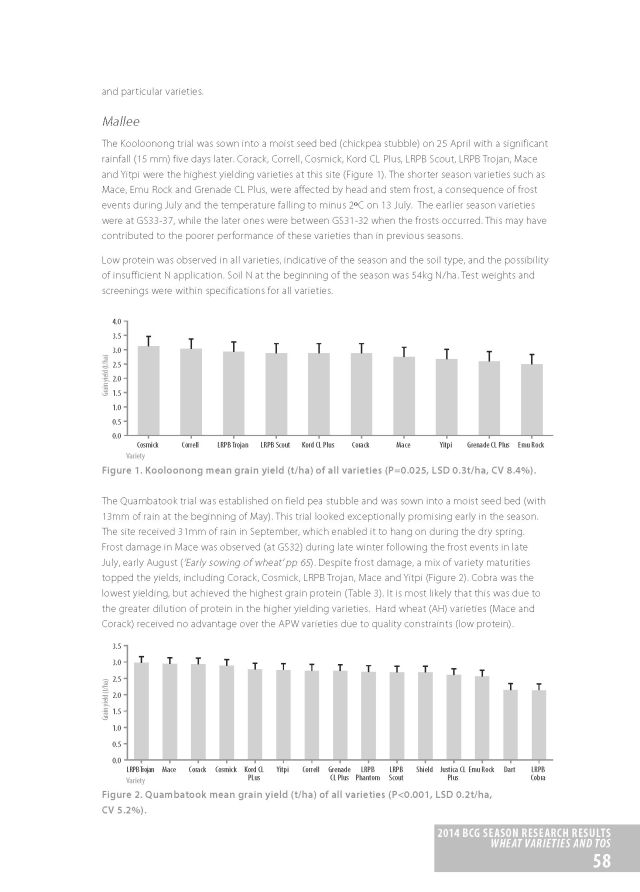 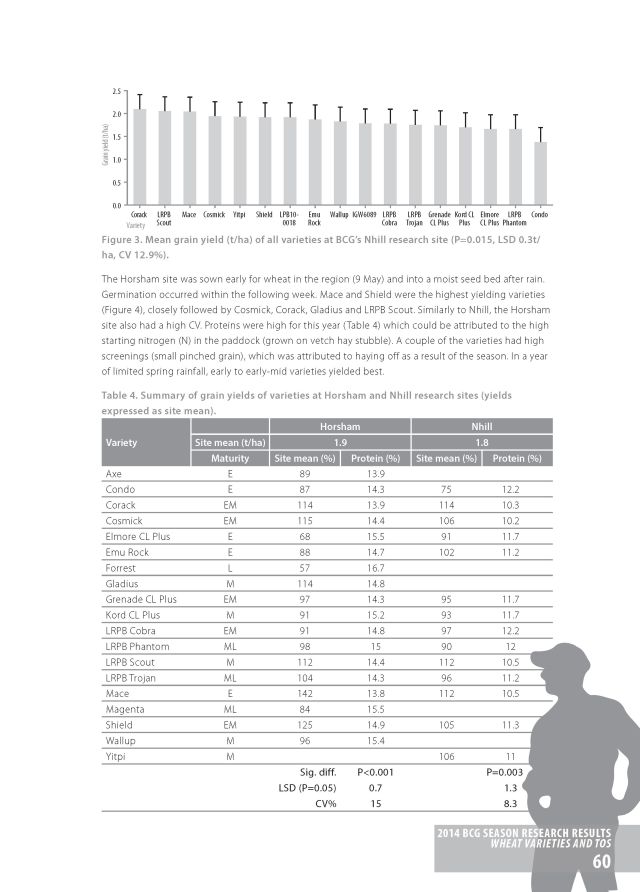 Birchip Cropping Group Inc. (BCG) is a not-for-profit agricultural research and extension organisation led by farmers in the Victorian Wimmera and Mallee.
View all posts by BCG →
This entry was posted in Research results and tagged BCG, Mallee, time of sowing, varieties, wheat, Wimmera. Bookmark the permalink.

1 Response to Wheat varieties and time of sowing