The aim of this scoping study was to explore the potential of long season canola, established into grazed unburnt stubble on 28 March 2014 compared to a main season sown variety.

The original design included a burnt stubble treatment but the burn was not applied. This resulted in two May sown, direct drilled in to stubble, treatments.

CL 971 was selected as the best option for the long season sowing and RT 525 was used in the main season sowing date of 14th May 2014.

Weed control issues prevented any solid conclusions being drawn from this trial. 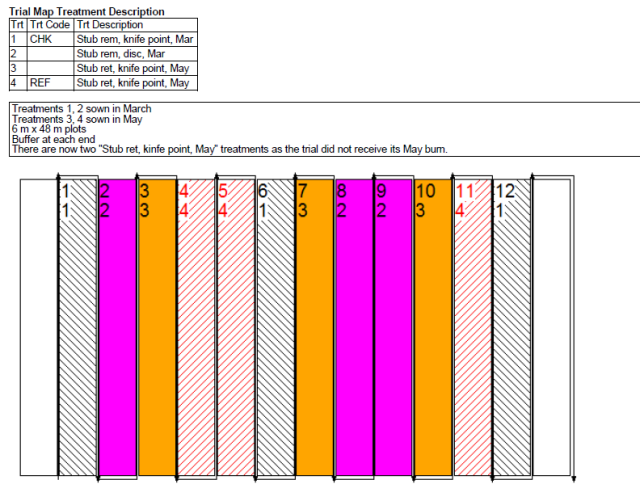 The Clearfield technology selected for this trial was ineffective due to 95% herbicide resistance to Intervix and 20 per cent resistance to Select in the ryegrass population. This was determined after trial establishment. No comparisons could be made with the RT 525 direct drilled in May.

SFS gratefully acknowledge the generous co-operation of Neil Vallance and family at this site. Many thanks to Swayne & McCabe for use of the Rapid disc seeder. Seed of CL 971 and RT525 generously supplied by Pacific seeds (now Advanta seeds).